Town Board meetings, generally held the first and third Tuesday of every month, are televised live on Cable Channel 17 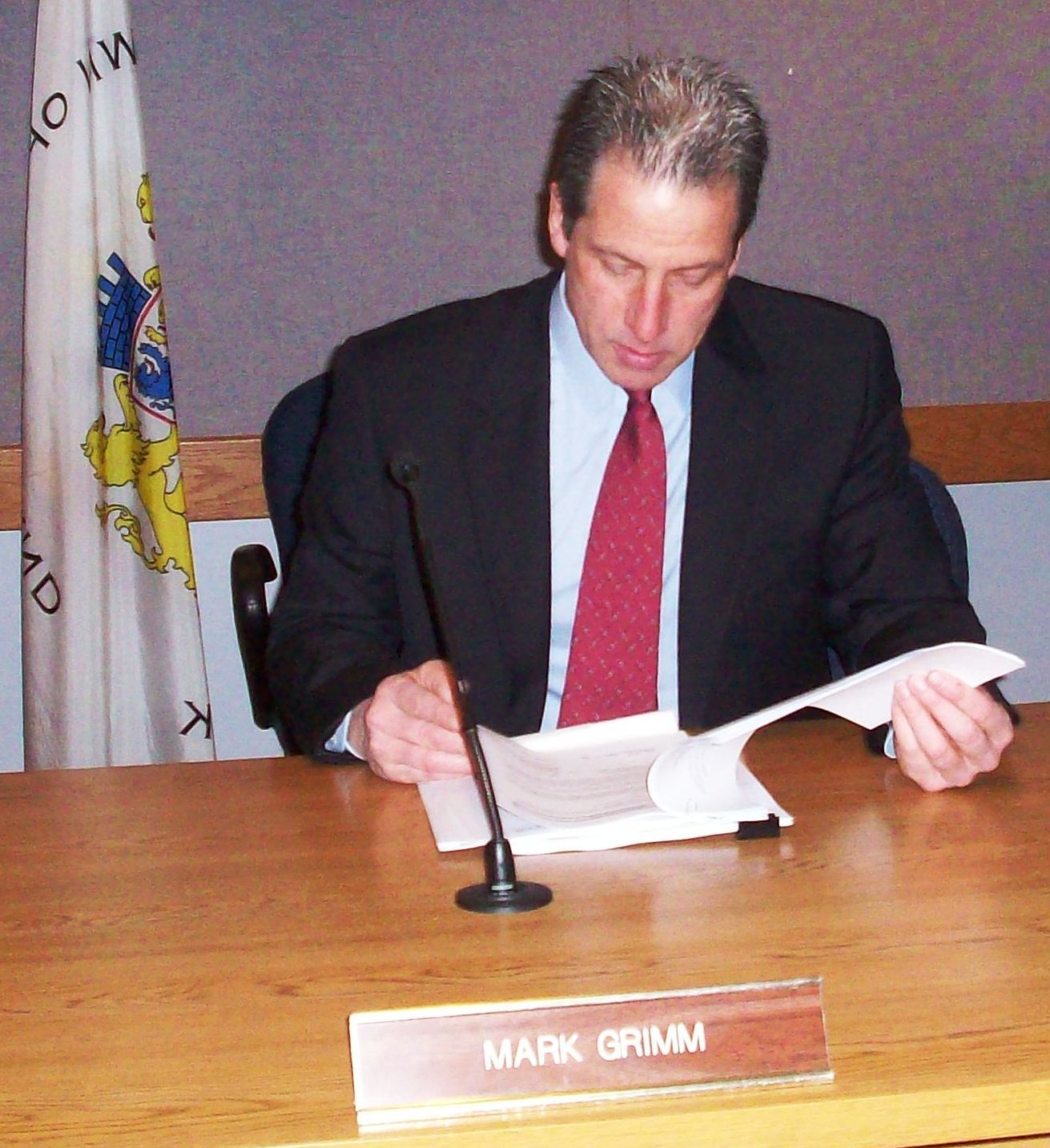 Determined to prove one person really can make a difference, Mark Grimm upset two entrenched incumbents to win a Guilderland Town Board seat in 2007. In his four years on the board, Mark was a taxpayer champion and a relentless advocate for more open, effective government.

Despite his minority status, Mark's persistence led to a long list of accomplishments. He showed leadership by cooperating with the majority when it was in your interest to do so, and opposing them when it was time to look out for you:

- Got police tear gas training near the Albany CC relocated after people got sick from fumes.
Help from Albany CC was invaluable.
- Approved helpful flood remediation at Stuyvesant Plaza
- Approved funding to address storm water problem at Blackberry Estates
- Forced a move to dump Guilderland's trash at the Colonie Landfill because the previous trash consortium favored expanding the Rapp Road landfill
- Added 191 acres of green space to the Pine Bush Preserve at no added cost to taxpayers

In 2011, citing commitments to his small business, teaching, and civic concerns, he voluntarily imposed term limits on himself and did not seek re-election. View Mark's closing remarks at his last board meeting.